The Aboriginal Carbon Fund provides an overview of Indigenous savanna fire management projects registered under the Emissions Reduction Fund, as well as those operating outside the fund. As of January 2016 there are in total 17 savanna projects with significant involvement of local Indigenous Traditional Owners through control, ownership or participation.

The projects operate over a range of land tenure types, across three jurisdictions. They vary also in a range of contextual factors, including traditional owner groups involved, source of initial or ongoing funding, land size, duration of operation, fire management operations, governance and management arrangements. Together, the projects offer a wealth of experience relevant to those interested in indigenous led savanna fire management both in Australia and around the world.

For further information and resources on each project, follow the links below, with projects arranged by jurisdiction, courtesy of the Aboriginal Carbon Fund. 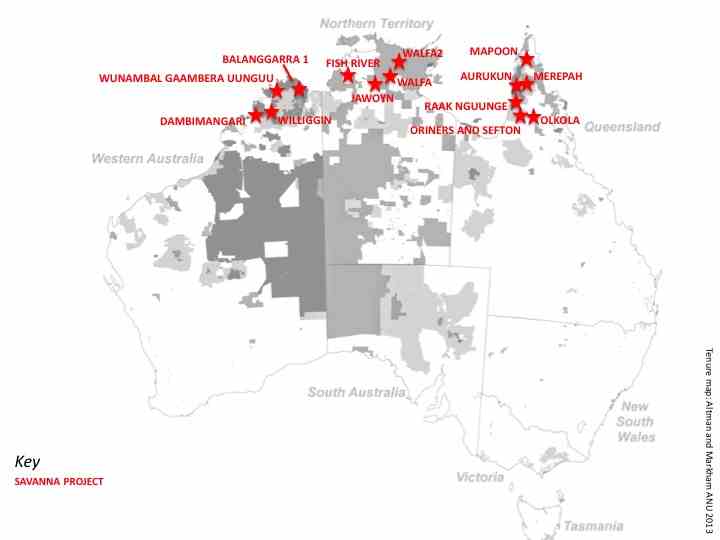